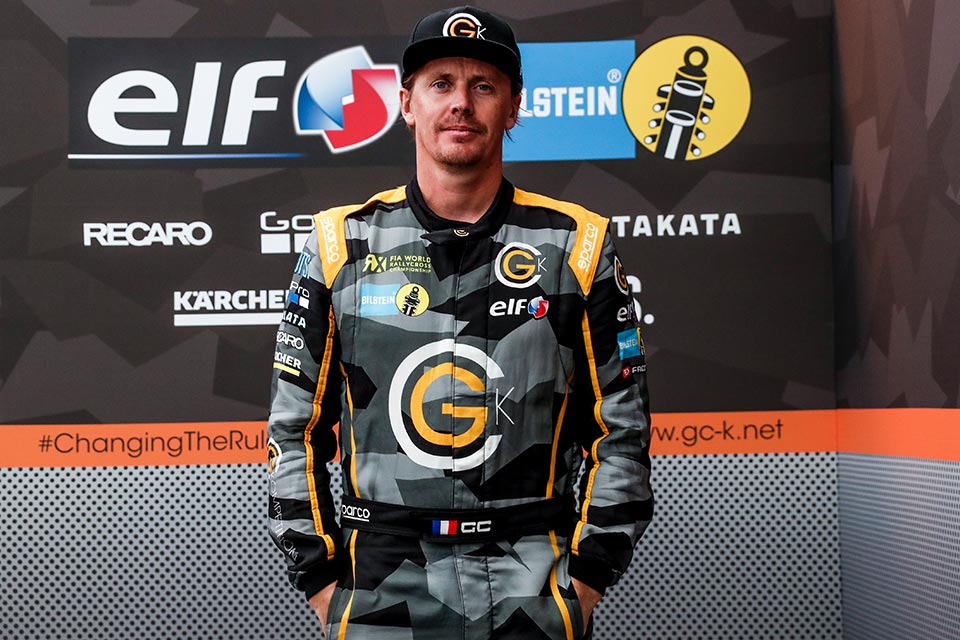 Born in Paris but raised in the snowy mountains of Tignes, Guerlain quickly became known as an extremely determined, energetic and committed rider on the slopes. He went on to win four world titles in free skiing, one of the world’s most dangerous and demanding disciplines, becoming a well-known and much-loved name in the sport. He even has one of the most challenging off-piste routes in Tignes named after him! However, Guerlain always has one eye on the next challenge, so having won his fourth world title in free skiing, he committed himself fully to motorsport – throwing himself into rally driving to start. He won the French Rally Cup, the 2009 FIA Cross Country Rally World Cup, as well as several stages of the Dakar Rally. At the same time, he pushed the limits of precision and determination as a stunt driver to complete the world's first unassisted backflip in a car and famously attempted the world's longest car jump too. In 2015, Guerlain made his debut in the FIA World Rallycross Championship and went on to start his own team GC Kompetition in 2018. The team is a regular podium contender, and Guerlain sealed his best result in 2019 with a 4th place in Canada RX.

She has now been a fixture as a presenter on the national and international stage for some 15 years.

Sidney Hoffmann is currently one of the best-known petrol heads, car tuners and TV presenters in Europe.

Armin is currently busy working on his Baja project in the USA SCORE off-road racing series and on his legendary Rally & Driving Experience in Finland.

RECARO Storefinder
Find a Dealer Near you

You can quickly and conveniently find the right dealer here. Please enter the zip code or the name of the desired town/city.

Need more help?
WE ARE HERE FOR YOU

Please do not hesitate to contact us if you have any questions about our products or services. The RECARO service team or your local RECARO partner will be happy to assist you.

Since 1906 we never stop searching for something new and are continually breaking new grounds. RECARO products are at the cutting-edge of technology.

We believe in the superior quality and masterly craftsmanship of our products and carefully select only the most precious and top-notch materials for our seats.

At RECARO, driver protection is about more than just giving you the impression you’re in safe hands. It’s our utmost priority.

RECARO continuously explores new ways to create seats that adapt to the individual shape of the human body for a comfortable driving experience at any time.